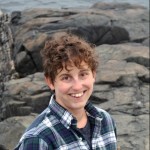 Hi everyone, Please find below a guest post from Wendy: Greetings from Ottawa, Ontario, Canada, I’m one of those people who likes to dress up my cat(s) but only if they will tolerate it. So, I thought it would be best to help Dani become accustomed to it early on. In these photos she is […]

Two tiny kittens are lucky to be alive after being spotted by eagle-eyed workers at a recycling centre on the rubbish-sorting conveyor belt. The tabby kittens are only a few days old and still have their eyes closed and cords attached. Workers at J&B Recycling in Hartlepool spotted the kittens amongst the rubbish on the […]

Translating Cats – Helping us Understand or Missing the Point?

This article first appeared on iCatCare: Dr Sarah Ellis, Cat Behaviour specialist and Head of Cat Advocacy at iCatCare, investigates the MeowTalk App that has everybody talking and questions whether cats are included in the conversation Relatively little is known about feline communication compared to other animals such as dogs. It was only last month […]